The site of our B & B is located in the old rural area of the Etna Park (from which the italian place name: “Barriera del Bosco”…), today, is the lively commercial and productive area of Catania city. The street where it take place represent today as in the past an important gateway and one of the main road to the Etna mountain and Etnas towns. (Remember also that the original name was “Trazzera” and the Great Way hence the name of the place to the north of the town area “Via Grande”).

All the area was in the past trespassing zone to the main agricultural towns: Mascalucia, St. Giovanni la Punta e Trecastagni…, but during the twentieth century it became location of many villas and holiday residences for the Catania’s people moving up along the main street to enjoy the cool evening and to follow wine production process; during that period the daily rhythms were marked by natural cycles of cultivation of the vine and the families extending holiday until the traditional vine harvest.

Today that place is included in the metropolitan area of the Catania city. However the urbanization, some small field area remaining to attest the history of the site and its transformations; there are many citrus plantations that in many cases had been replaced the grapevines in the middle of the twentieth century.

La Casa di Francesca is a part of an old farmhouse with wine cellar (collapsed) that remains as a time capsule to evidence the history of the place, so that in our B&B you can really experience an old and romantic field atmosphere close to the metropolitan area.

The location of the B & B allows to quickly reach the Etna Mount area, its characteristic villages (Viagrande, Trecastagni, Nicolosi, St. Alfio, etc. ..) and the large wooded areas (part of the Etna Park (www.parcoetna.it), where you find official tours with specialized guides to rise the top of the highest and active volcano in Europe.

From our B&B is very easy an quickly reach both the southern Ionian coast with the long sandy beach the “plaia”, (laying all the Sicilian coast until Siracusa) equipped during the summer with many bathing establishments; both the northern rocky coast characterized by series of bays and marinas where the old fishing villages became today very famous tourist destinations like Aci Castello, Acitrezza, Santa Tecla, Stazzo, Pozzillo, etc. ..

Who loves history and art can’t miss the opportunity to visit the Baroque cities of Catania and Acireale, where is possible admire the modeling of lava stone flanked by the sheen of the white stone in the churches, in the monuments and in the aristocratic and rich buildings: http://turismo.provincia.ct.it/itinerari / barocco. 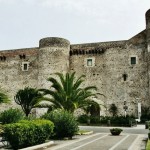 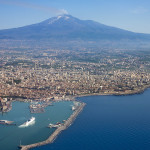 Pets: Unfortunately the B&B not accept your pets.
This site uses cookies to offer the best possible service. Continuing browsing the site you are consenting to their use in accordance with our cookie policy.Ok